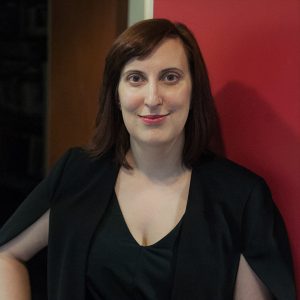 My work focuses on the ways places and people haunt us. Born and raised in the hills of upstate New York, I now live in downtown Philadelphia, and my life and work takes place in the liminal spaces between these two worlds. Similarly, my stories pierce the gauzy veil between literary realism and more surreal elements, abducting the domestic drama of Raymond Carver or Richard Yates to hold it captive in offbeat or wondrous situations.

After taking nearly a decade off from writing to have kids, I came back in 2017 to start writing a novel-in stories that I finished in 2018 and signed with an agent for in 2019. Responses from editors have included “Stephanie is a beautiful writer, and she has woven together such a richly imagined world and cast of characters in these pages” and “I was so taken with the emotional tapestry—these characters, and their hopes and desires, are rendered so beautifully, so urgently.” But unfortunately, it’s about a small town that quarantines itself during a global pandemic, a subject that went from being “too speculative” during the querying process to “too close to home” in 2020. What will happen with it – and us – remains to be seen.

In the meantime, I’ve been trapped in my house with my kids like everyone else, struggling to work from home while keeping them on track with online school. I’ve spent the last year focusing on flash fiction, establishing myself as a voice in that scene and “re-emerging.” I love how flash is its own creature, somehow needing to do the heavy lifting of character, plot, and theme in a tiny number of words while being able to fit into the smallest spaces of my life. However, also like everyone else, I am looking toward the light at the end of the tunnel and hoping that, contained within it, will be the time and space to re-focus on my writing.

TL;DR: Stephanie King is originally from upstate New York and now lives in downtown Philadelphia. Her stories have won the Quarterly West Novella Prize and the Lilith Short Fiction Prize, and also have found homes in CutBank, Entropy, and Hobart. Her education writing has appeared in the Philadelphia Inquirer, Penn Capital-Star, and The Typescript. She received her MFA from Bennington and serves on the board of the Philadelphia Writers’ Conference.

Trust me, I won’t email you too often.